Award-winning science journalist Dyani Lewis is the author of Unvaxxed: Trust, truth and the rise of vaccine outrage, the second book in The Crikey Read series by Crikey and Hardie Grant Books. It is now available to purchase.

It’s been three months since Unvaxxed was whisked off to the printers. In that time it seems as though everything — and almost nothing — has changed. The federal election has been and gone, international travel has become a thing again, and people are still bruised from the body blows that COVID-19 has inflicted — and continues to inflict.

One of the harshest blows that the pandemic delivered is the realisation that people near and dear to us view the world through a distorted lens. Conversations about Unvaxxed reinforce what I already discovered through personal experience and reporting: everyone knows someone who has decided to remain unvaxxed against COVID-19. There is overwhelming evidence that the COVID-19 vaccines are safe and protect us from the worst that the virus can throw at us. And yet this is not how everyone sees it. The world the unvaxxed inhabit is often a dog-eat-dog world of deception, power-hungry governments, and profit-driven pharmaceutical companies.

Invest in the journalism that made a difference. 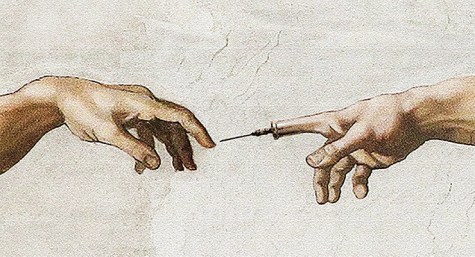 Thankfully, the 2022 federal election results reveal that, by and large, Australians rejected the pleas of anti-vax activist groups to vote out the major parties in favour of “freedom-fighting” fringe groups that played to these fears.

In Victoria — the state that was repeatedly plunged into lengthy periods of lockdown by its Labor government — people turned emphatically to that party’s federal counterparts and climate-focused independents. Western Australians, derided by federal Coalition politicians for wanting to remain disease-free in their “hermit kingdom”, also swung to Labor.

One reading of the situation is that voters in those states supported the restrictions placed on them. But I think there’s an even more hopeful way to view the election results. Pandemic issues that once seemed so urgent and volatile — whether schools should open, whether booster shots should be mandated — have receded from public consciousness to a degree. Other, more urgent concerns, such as climate change and our nation’s energy future, have reclaimed their spot at the top of our priorities.

Politicians who (perhaps cynically) figured that they could ride the wave of outrage from people unable to get a haircut or grab a coffee at their local café were undoubtedly disappointed by the election results. Fear-mongering text messages about vaccine-adverse events that were sent on behalf of Clive Palmer’s United Australia Party failed to win the party a single seat in the House of Reps.

But this doesn’t mean that vaccine outrage is a problem of the past. The unvaxxed remain a minority in Australia — less that 5% of people aged over 16 are unvaccinated against COVID-19. But their presence in our lives is both universal and universally perplexing. Why do people get duped by misinformation, why do others seek to dupe them, and what can we do to protect ourselves and others from the inexorable rise of misinformation?

Vaccine outrage is a canary in the coal mine. It erupted into a festering sore last year because the conditions were ripe — the pandemic sowed uncertainty and upended people’s lives. But it is also a symptom of a deeper syndrome afflicting our community: a growing mistrust in government and the institutions that keep us safe and healthy. Restoring public trust does more than combat vaccine refusal. It restores our faith in community. And reaching out to wayward friends with understanding and compassion will welcome them back into that community, too.

Save this EOFY while you make a difference

Australia has spoken. We want more from the people in power and deserve a media that keeps them on their toes. And thank you, because it’s been made abundantly clear that at Crikey we’re on the right track.

We’ve pushed our journalism as far as we could go. And that’s only been possible with reader support. Thank you. And if you haven’t yet subscribed, this is your time to join tens of thousands of Crikey members to take the plunge.