The official Twitter account for Musasino!, the second season of the Urawa no Usagi-chan anime, announced on Friday that the anime will premiere on July 2, after being delayed for five years. The Twitter account also confirmed that Crunchyroll will stream the series, and revealed two visuals. The show will air onTV Saitama, and will also stream in Japan on U-NEXT and d Anime Store. Each episode will again be five minutes long. 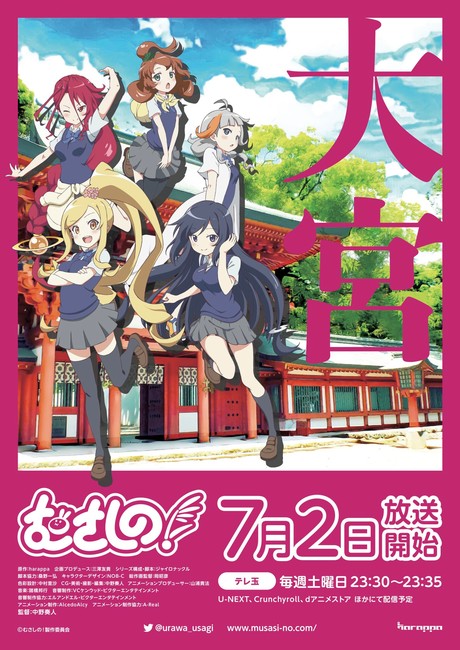 The Musasino! anime was originally slated to premiere in summer in 2017, but was delayed indefinitely due to “various circumstances.” 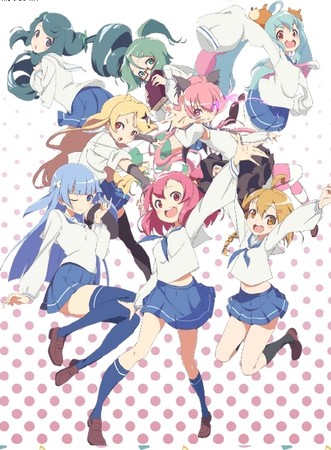 Mitsuyuki Ishibashi is returning to direct the series at A-Real. HANGAR-18 is credited for animation assistance. Hiroyasu Kubota and harappa are credited for series composition, screenplay, and planning, with screenplay assistance by Kazuhiro Kuwano. NOB-C returned to provide the original character designs. Akihiko Oka is drawing the animation character designs and is the animation director. Kuniyuki Morohashi is composing the music. Tomotaka Misawa and Katsufumi Hashimitsu are credited as producers and Takanori Yamaura is credited as the animation producer. Daitetsu Satō is the system supervisor. bable is credited with choreography and Vellacico designed the logos.

The original Urawa no Usagi-chan series had five-minute episodes, and followed the happy-go-lucky daily campus lives of eight high school girls who live in Urawa-ku in Saitama prefecture. The first season premiered in April 2015, and Crunchyroll streamed the anime as it aired in Japan.